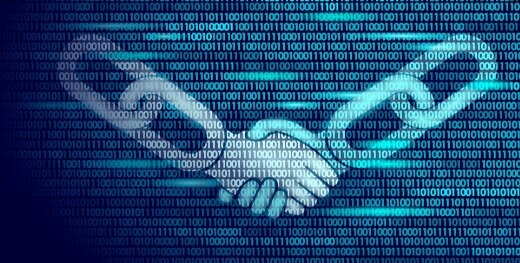 As we move into 2020, blockchain, which started to grow beyond proofs of concept in 2019, will truly begin to get its legs. We now have actual use cases with real results, and we’ll continue to add to these in the coming year. According to new data from LinkedIn,  blockchain skills remain some of the most sought after skills in the job market.

For me, the biggest surprises will be around what takes longer than expected to happen—and what will happen more quickly than we’d imagined. With that said, here are my top five predictions for the future of blockchain applications.

Oracle received a lot of press this year for its work with the World Bee Project to develop a blockchain-based sustainability assurance system for honey. A Business Blockchain HQ article cited research showing that as much as 76% of the honey sold in grocery stores is fake and may even contain harmful toxins. Sometimes, the honey is watered down or made with compounds that contain corn syrup and sugar. With this pilot project built with blockchain, consumers will be able to identify the source of the honey and verify its purity.

The current proliferation of fake products in the market is staggering, from fake Olive Oil to counterfeit drugs and fashion items.  Blockchain has the capability to expose the fakes and help keep consumers safe from fraud.

I believe that sustainability will take on major importance when developing blockchain applications and ethical business practices. This will be a hot topic at the upcoming World Economic Forum in Davos. Many consumers have become incredibly conscious about protecting the environment and making purchasing decisions that reflect their values. And this will manifest itself, again, as part of supply chain management. This is where the potential lies: It’s about having ethical business operations that are also profitable.

Predictions 2: Supply Chain Management Will Lead the Way in Adoption

Initially, most experts believed financial services would lead in blockchain adoption. But now, we’re seeing blockchain being adopted rapidly in supply chain management (SCM).  Finance will still be an important sector, but it’s going to take some time for the finance systems, which are older legacy systems with a lot of on-premises infrastructure, to be integrated with blockchain. When it happens, it will be in the more hybrid environments—a mix of on-premises blockchain and blockchain in the cloud.

Conversely, we have quite a few real-world blockchain applications in SCM, especially for track and trace applications. More people are demanding to know what’s in their clothing, the food they eat, and other products they purchase. In 2020, I see a big increase in this area due to consumer demand.

One company that’s using Oracle Blockchain to track fashion items is Retraced. Retraced is is a German start-up that has launched with the goal of tracking the supply chain in the fashion sector.  They founded CANO shoes which produces sustainably sourced handmade Mexican huaraches. The company uses the Oracle Blockchain solution to track information about the raw material suppliers, the materials used, the manufacturing practices, etc. With blockchain, there are no technical limits on the amount of data that can be recorded. Nothing in the CANO manufacturing process is hidden from the customer. This is verifiable thanks to the near-field communication chips hidden in the shoes, which can be controlled via the CANO platform and directly via the app, giving the consumer targeted information about the individual product.

In terms of interoperability and blockchain, we’re just not there yet, although there are several projects underway to make blockchain systems talk to each other. Right now, we have many different blockchain platforms: R3 Corda, JP Morgan Quorum, and Hyperledger to name a few.  Forrester  Research predicts that 80% of blockchain implementations will be a hybrid model of public and private/permissioned blockchains, rather than just one particular type of blockchain.

My prediction is that more businesses will enter the market with more blockchain solutions, and interoperability will take longer to happen than we expected. Widespread interoperability is probably still two years out, say, 2021 or 2022.

Prediction 4: Blockchain for Social Good Will Continue to Grow

My fourth prediction revolves around the notion of using blockchain for social good. We talked with Dr. Mark van Rijmenam about this earlier this year. He’s published a book with Dr. Philippa Ryan, Blockchain: Transforming Business and Our World.

We’re already seeing numerous projects focused on solving these complex social problems. In 2020, we’ll see even more projects around helping homeless people, assisting with seed donations and money grants to developing nations, and other similar projects. Before blockchain, funds for these projects would be dispersed, and they might never make it to the intended recipients of the aid because of fraud. However, with blockchain the disbursement of funds to the intended recipients(s) can be verified.  If an actor on the blockchain tries to tamper with the funds, the identity of that party will be known to the other parties on the blockchain.

We may even see projects for climate change and energy efficiency so that these projects are moderated and measured more by using blockchain to make monitoring and measurement more precise so we can regulate it better.

Prediction 5: Global Digital Identity Ensured by Blockchain Won’t be a Reality in 2020

When I look back at some of the things predicted about blockchain, it seems apparent that some of these forecasts may have been premature. Among these is one of my favorite blockchain projects: digital identity. The ID 2020 initiative was established to make digital identity a reality by 2020, so that passports, birth certificates, education degrees,  certificates, etc.—all of our identifying documents—could reside on an app built with blockchain technology.