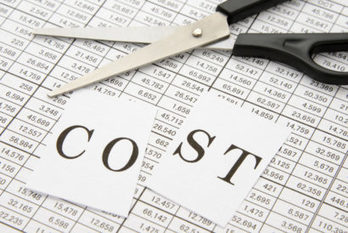 A bad hire can be the most expensive mistake a business could make. A bad hire at the senior level, in particular, can wreak havoc on a business’ reputation, among other hard-to-fix problems. “What can be costlier than a faulty product or poor budgeting is the price of repeatedly hiring underqualified, short-term employees,” says the San Francisco-based Whitham Group, in a new report. “Opposingly, the right hire can be significantly beneficial.”

“The CEO and owner of Zappos has a net worth of about $840 million,” said the  report. “But it cost him many bad hires before he learned how to get it right, according to him ‘well over $100 million,’ he estimates.”

The first sign that your hiring process needs help is a high employee turnover rate, said the search firm. Considering that one in every two candidates will misrepresent themselves on their resume, and one in five candidates will be likely to blatantly lie in an interview, how can you decide who to invest in? The cost can be massive if such questions aren’t resolved quickly.

Firing and replacing regularly dampens morale. While you make changes hoping to “get it right this time,” your employees, even the good ones, begin to feel dispensable and insecure. “This is not the employee infrastructure of a successful company,” said the report. “A high employee turnover rate makes you vulnerable to losing valuable team members who seek security and a place they can grow with.”

Unfortunately, keeping the bad hire causes nearly double the damage. A study done by Career Builders shows that 60 percent of long-term, contributing employees could spot a bad hire by their inability to work in a team setting. This often resulted in reduced teamwork, less productivity, and diminished the work culture.

As it goes, what happens within and the organization soon happens without it, said the report. The cost of a bad hire can be devastating to your company’s reputation, especially if the hire had a senior-level position or an executive role. “Repeated bad hires run the risk of damaging professional and customer relationships and significantly damaging your organization’s authority,” said The Whitham Group.

Is hiring always going to be like a blind shot in the dark? Absolutely not, said the report. According to the U.S. Department of Labor, the cost of a bad hire can exceed 30 percent of that employee’s first-year earnings. And 74 percent of companies admit to making bad hires.

But your hiring process no longer has to result in another bad statistic. “Stop relying on the untrackable HR process, make changes to exhaustive screening processes, and hire a specialized team of professional recruiters,” said The Whitham Group. “Collaborating with recruitment experts is an investment in your work environment, productivity, team morale, time, bottom line and scalability.”

In a separate study, “The Three Parts of an Effective Executive Interview,” The Whitham Group offered some ways that one can sidestep bad hires.

High-level executive recruiting requires interviews to be as efficient and precise as possible, said the study. And with the standard of candidates who make it this far, it’s expected to be. “Effective executive interviews follow a formula,” said The Whitham Group. “The goal is to use your interview time wisely, understand what to ask a potential executive, and what you can expect from a good candidate versus the best candidate.”

What to Ask Executive Candidates

When interviewing a senior-level candidate there are two types of questions to ask your potential executive, said the report. Even though a resume tells you a lot, it can never give you the full picture. Situational and motivational interview questions help you get to know the candidate professionally and personally. Here’s how:

1. Situational Interview Questions: Provide realistic situations that may arise in your organization to discover the candidate’s behaviors and approach to resolving them. For example, describe a recurring problem in a previous or current role that you wanted to resolve but didn’t. Ask, “Why not?”

2. Motivational Interview Questions: Ask questions to discover what motivates your candidate to excel or hinder their progress with your organization. For example, what three things in your current or last role gave you the most satisfaction? Which things didn’t?

During an interview, the interviewer often wants to be proven right. But in the search for reasons to hire someone, it’s easy for red flags to fly by unnoticed, said The Whitham Group. Here are a few ways your candidate may unknowingly disclose that they’re not the right fit for your organization:

1. Lack of Preparation Your executive candidate may not be able to recite your company mission statement during the interview, but the best candidate will know quite a bit about what the company represents, values, and is looking for in an executive. As you get to know your candidates, pay close attention to who is generalizing your company goals and who has actually done the research.

2. Poor Presentation Skills Your executive is going to represent your company in front of important clients, investors, customers and other team members. Confidence, clarity and professionalism in how they conduct themselves and communicate their points are telling of how they will perform as a leading position in your organization.

3. Arrogance Personality traits are just as important as skill-set and experience. An executive with an inflated ego is likely to create a toxic work environment and isn’t as interested in learning and growing, said the report. Additionally, arrogance can stifle one’s open-mindedness and is often a sign of limited emotional intelligence. Both of these are critical characteristics of successful executives.

Let the Interview Wander a Bit

A list of questions and a set direction is important for when conducting an executive interview, however, opportunities can be missed if you stick too closely to the script. “Let the conversation naturally wander,” said The Whitham Group. “It creates a more relaxed atmosphere and presents opportunities to really get to know who your candidate is, what motivates them, how they think, and most importantly if they fit with your organization.”