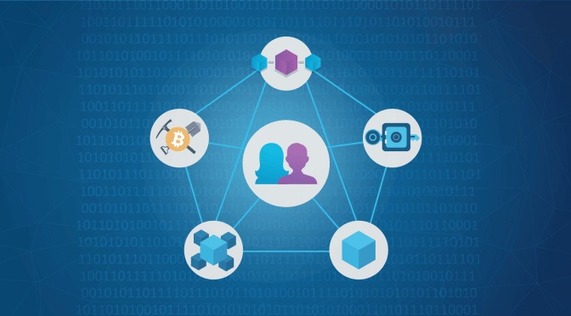 Blockchain is one of the fastest growing technologies ever known. However, much of that growth has happened “in the background”, as its development matures and the number of applications increases. A large number of developers will be needed to bring this game-changing technology to the masses, which creates an opportunity for those willing to transition their dev knowledge and skill-set to a decentralized system.

As Roberto Capodieci, the Founder and CEO of Blockchain Zoo mentions, it is not easy “to shift from normal coding to coding for decentralized systems”, as it needs a shift in mindset as well as coding language, to implement solutions in a decentralized manner. Having said that, for those making this transition, the possibilities are huge. It’s not rare to hear stories of blockchain devs getting paid over US $1,000 per hour.

What Are the Skills of a Blockchain Developer?

For developers implementing solutions in a decentralized system, there are a few skills they need to succeed in this industry. One of the most important ones is being able to understand how data flow is different between a decentralized system, where something is broadcasted to the network, compared to a client server solution, where data can be kept secret and then processed in a centralized server. Additionally, it’s a fast-moving landscape, so an ability to adapt will be very rewarding for developers.

To get a better understanding of the real world applications – and inner workings – of various blockchains, it’s a good idea to spend plenty of time researching the whole market, including Bitcoin, Ethereum and many other live product solutions. Additionally, having a solid grasp of cryptography will go a long way, since it’s needed to develop a blockchain’s code. This will make you even more valuable.

Next steps, to stand out:

It’s important to have a clear understanding of dev concepts like Object Oriented Programming (OOP) and Fragmentation. Like web development, decentralized applications (DApps) typically have two parts – the front end and back end. The former is similar to a webdev stack using languages like CSS, HTML and AngularJS.

The back end is the one involving blockchain, so developers working there will need a solid understanding of smart contracts. Some of the most recommended coding languages for back end devs are Mutan (like Go), Serpent (like Python) and Solidity.

What Are the Types of Blockchain Developers?

Something else to take into account are the different types of blockchain developers. For starters, a blockchain dev does not usually ‘build a blockchain’, but instead helps build DApps. This is similar to web developers, the majority of whom build web applications (as opposed to working on the browsers). There are a few core infrastructure jobs out there, but they are much less common or beginner-friendly.

For the majority of jobs, building DApps heartily welcomes experience in working with web applications with Python, Javascript, React and Nodejs. Below are some of the different types of back end developers, with plenty of well-paying opportunities:

What is the Current Demand for Blockchain Developers?

Currently, people capable of implementing the core aspect of a blockchain are quite expensive, and even more rare to find. As an industry, blockchain just had its 11th birthday in October of 2019 with the release of the Bitcoin white paper. However, there is still a lot of room for growth and development in this groundbreaking technology, as more and more companies continue exploring its many possibilities.