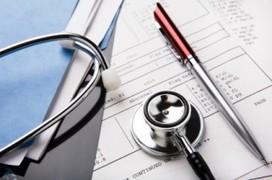 Kris Famm, a VP of research at GlaxoSmithKline (NYSE:GSK, LON:GSK), sees a bright future for medical devices: speaking at FierceBiotech’s 2016 Executive Summit, he predicted they would move from “a last resort to an early line treatment.” In other words, the next generation of medical devices may replace molecular drugs as most people’s preferred form of therapy.

That might seem like an odd statement coming from a high-ranking executive at one of the world’s largest drug manufacturers. But GlaxoSmithKline is banking on this idea that medical devices are about to capture major market share—and so are many other companies.

That’s because the medical device industry is changing, and fast. Through the rise of bioelectronics and medtech more generally, pharmaceutical partnerships, and an increased emphasis on collaborative care, medical device manufacturers are clearing a space for themselves in the future of medicine.

Medtech and bioelectronics are anticipated to drive substantial revenues by gaining significant market share  in the very near future,   and many financial advisers are strongly encouraging their clients to invest in these rapidly growing fields.

The future looks bright for significant growth in the Medical Device field, due to emerging technologies.

The message is clear…Invest now, or regret it later!

ISC has been recruiting in the Medical Device space since 1999.

We also have teams that focus exclusively on Financial Services.

If you have needs in either arena, please feel free to reach out at any time, we would love to hear from you!