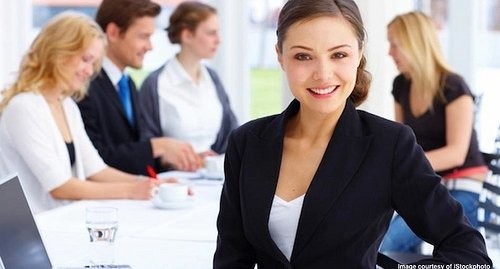 The old adage never rings truer than when looking at a potential hire. As they say, the best indicator of future behavior, is past performance.

When evaluating Candidates for a critical fill position, the goal should be to hire someone that has excelled in a similar role, which required similar ‘Skill Sets’, for statistically the best chance of success.

Matching the required Skill Set to a Candidate along with a verifiable history of successfully completing similar tasks, should weigh heavily when evaluating candidates.

In order to identify if a potential candidate has the required set of skills that the position calls for, rather than spending time focusing on duties in prior positions, consider focusing in on which skills the person used to flourish in his previous positions; which skills were particularly useful? How did he employ them in innovative ways to get the job done?

Next up should be the Compensation Factor. What are they currently making now, broken down in terms of Base, Commission & additional Bonus Potential? How does that match up against what you are prepared to offer? Keep in mind that for many candidates, compensation is 3rd on the list of what will motivate them to switch jobs, with career path and working environment consistently ranking higher among highly educated professionals that are long range planners. We occasionally see people making lateral moves in terms of compensation because the new opportunity affords them the chance to gain a new area of expertise or responsibility, and positions them 1-3 years down the road to segue into a higher, more financially lucrative role.

It is critically important to find out from the candidate himself what is most important to him, and what is MOTIVATING him  in making a move. It may be that while you cannot afford to pay more than he is making now, if the potential is there to help him gain in other areas, such as career growth , by emphasizing that, you may just be able to entice a phenomenal candidate to switch teams, for no additional monetary compensation.

The smartest candidates make career decisions based on where the role will position them a few years down the line.

Third, Cultural Fit. This is critical for long range success. The best teams have that magical ingredient called SYNERGY. Teams that work effectively together are extremely hard to compete against. You may have a candidate that has phenomenal skills, but if he or she is a lone wolf and not able to work cohesively within your existing team, keep looking. Different candidates work best in different environments. People that thrive in established,  stable companies like the IBM’s of the world typically would flounder in a start-up environment, and vice versa. Make sure to drill down into the types of environment your candidate has performed well for  in the past, and give some thought as to how that compares to your current work space, and company culture.

Keeping these 3 primary points in mind as you interview multiple candidates for a specific position should allow you to pick the best match for not only the job, but for the company as a whole.

Ann Zaslow- Rethaber is President of International Search Consultants, a leader in Executive Search since 1999. Please reach out to ISC for any recruitment needs in the following 5 areas of focus: Sales, Financial Services, Healthcare ( non-clinical), Human Resources, & Real Estate Acquisition & Development. You can reach Ann via direct dial at 888-866-7276 or email at