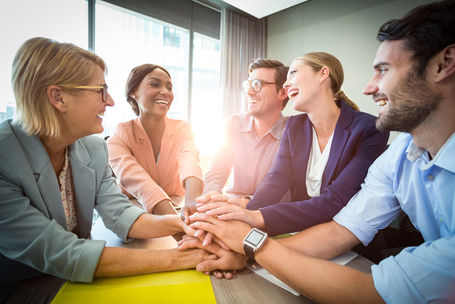 Many leaders intrinsically understand the importance of creating a great team or company culture. In a previous post I talked about ways of driving business results by building an awesome culture, but in working with many leaders to help them build that killer culture I’ve found there are a few key concepts that change the way they approach the task.

If you look at the top sport franchise dynasties of the past 20 years, it’s interesting to see how certain teams keep managing to win championships despite significant turnover in their rosters. LinkedIn founder Reid Hoffman points out that the New England Patriots, San Antonio Spurs, and the Boston Red Sox have collectively won 11 league championships between 1999 and 2014, even though only a single player from each team’s initial championship played for the team consistently over that period. As a Canadian hockey fan, I’ve seen my Olympic hockey teams (both men and women—Go Canada!) consistently win gold medals despite the same trend.

Certainly, these teams do a great job of attracting top talent, but they also have cultures and team-based styles of play that transcend the individual contributors. As the article points out, “teams win when their individual members trust each other enough to prioritize team success over individual glory. It is no coincidence that these teams are known for “The Patriot Way” or “The Spurs Way,” and that television broadcasters often praise them for “unselfish” play.”

The corollary is that if you’re successful in creating an awesome culture, it will act as a lightning rod for like-minded talent. Think about the culture of innovation, technological advancement, and user-focus at companies like Apple or Google. People who are attracted to working at those companies are often drawn to that culture first, making the importance of instilling and reinforcing that culture paramount to becoming a market leader.

2. 80% of your culture comes from your leadership

Good culture and leadership are so important, partly because it provides guidance for how people can behave in a consistent, positive, and productive fashion, particularly when no one’s watching. We do this with our kids all the time. They get home from school hungry for a snack, run into the kitchen and raid the cupboard. Do they pick the granola bar or the chocolate bar? Ideally, they pick the thing that we as parents would like them to pick. At work, the system is amazingly similar.

As an entrepreneur, executive, or team leader, you’re the keeper of the vision and execution strategy for your organization. It’s not surprising then that people tend to behave and make choices in a manner consistent with not only that strategy but your individual personality. An article from FirstRound capital states that 80% of your company’s culture will be defined by its core leaders. It shares a story from the early days of Facebook and an exercise (known as the “one of us” exercise) wherein Mark Zuckerberg wrote down a list of characteristics that he felt described what it meant to work there. Included in this list were things like very high IQ, strong sense of purpose, relentless focus on success, and likes changing and disrupting things. The striking thing about the items on that list was how much they hearkened back to Zuckerberg’s own personality.

At Salesforce, Marc Benioff’s strong sense of philanthropy resulted in the creation of the Salesforce Foundation at the very start of the business and the philosophy of giving back continues to attract like-minded talent. Iconic leaders like Steve Jobs, Bill Gates, Alan Mulally, Tony Hsieh, and Larry Ellison have all had similar impacts on the culture of their organizations, taken from the pages of their own personalities.

It always surprises me when I hear people describe culture a soft, fluffy, and abstract concept, disconnected from hardcore business results like revenue, growth, and customer satisfaction. Those sentiments can’t be further from the truth. Building an awesome company culture has tremendous ROI in terms of increased profits, decreased turnover, higher goal attainment, and becoming a lightning rod for top talent…not to mention the amazing customer experience that results!

The corporate universe (especially the start-up scene) is rife with stories of organizations with great products and customers, but who simply lacked the operational mojo to succeed. Bill Aulet, the managing director of the Martin Trust Center for MIT Entrepreneurship and a senior lecturer at the MIT Sloan School of Management, shares a poignant story about the value of culture:

“I used to think corporate culture didn’t matter. Discussion of vision, mission, and values was for people who couldn’t build product or sell it! We had work to do and this MBA BS was getting in the way! And then my first company failed. Cambridge Decision Dynamics did not fail because we didn’t have a great technology or a great product or customers. It failed as a sustainable, scalable organization because we had no meaningful purpose to create team unity to fight through the tough times.”

Much like the way a positive upbringing helps our kids make choices that positively impact their position in life, the right culture helps our organizations achieve amazing business results quickly, confidently, and sustainably.

So the next time you consider the value of building the right culture for your organization or team, remember it’s not all about holiday bonuses and pizza Fridays. The right culture starts with you but should transcend your talent if you’re looking to catapult your operation to amazing success! 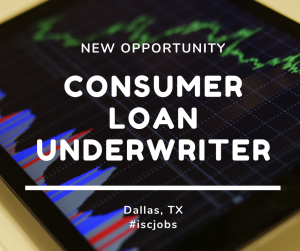 Consumer Loan Underwriter - Dallas, TX
The ISC’s team of Banking Recruiters is working with a growing bank with a strong presence in the Dallas-Fort Worth